The word “carousel” was first used to describe a game played by Arabian and Turkish horsemen in the 12th century. The game, which involved tossing a clay ball filled with perfume between riders, was played with such seriousness that the Italian crusaders who first observed the game called it a “little war” or “carosello.” In England, carousels have been called roundabouts and galopers. In America, in addition to carousels they have been called whirligigs, flying horses, hobby horses and of course merry-go-rounds.  Horses with at least 3 feet touching the floor are called “standing figures.” Horses with two back feet resting on the platform and front feet posed in the air are called “prancers.” Horses with all four feet in the air and called “jumpers” and are the ones that move up and down. Sometimes other animals were added to the carousel like tigers and frogs. 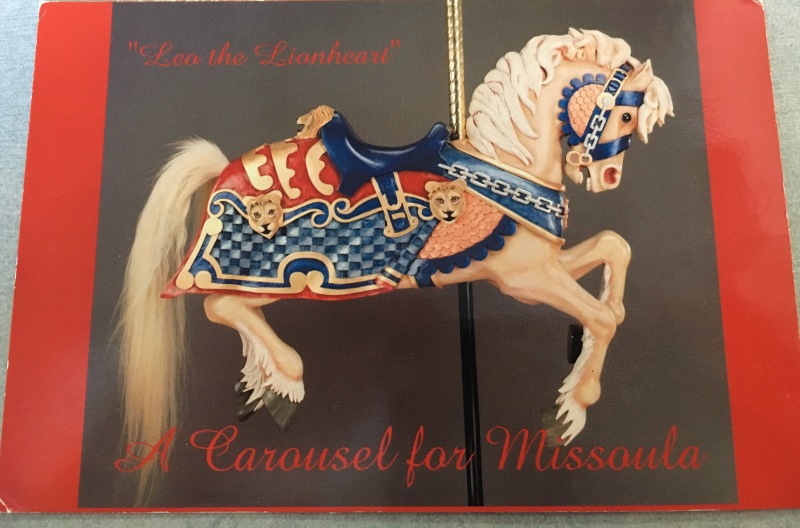 This entry was posted in Montana, USA and tagged cat, Montana, postcard, travel. Bookmark the permalink.