Sprechen sie deutsche? Do you speak German? Germany has 16 states instead of 50; its capital and largest city is Berlin. It has borders with nine other countries: It also has coastline on the North Sea and the Baltic Sea.  There are many castles there.  King Ludwig had three, including Neuschwanstein which was the inspiration of Walt Disney’s Cinderella’s Castle.

I love to eat German food. Traditional foods include Wurst (sausage) Schnitzle (breaded pork or veal) Spaetzle (noodles or dumplings), Stollen (fruit cake) and Strudle (a layered pastry). I finish each meal with Marzipan, a sweet made with almonds and sugar.   Purrs, Gulliver 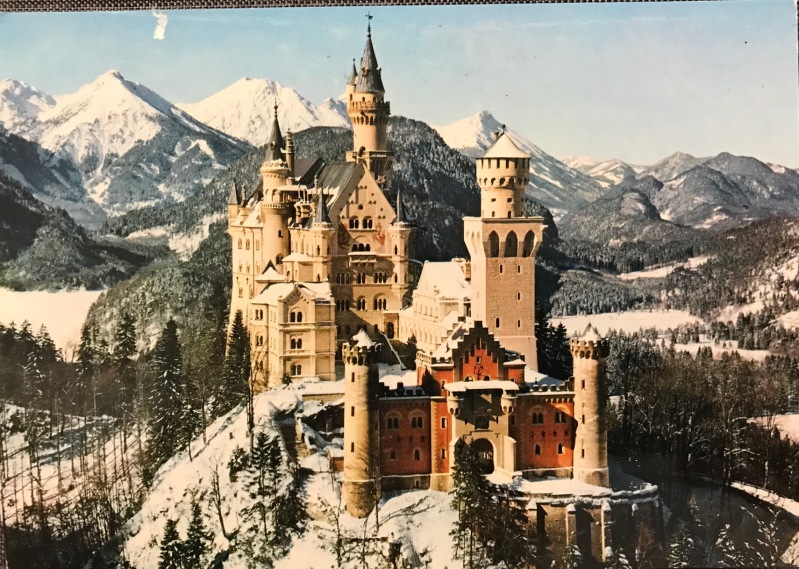 This entry was posted in Europe and tagged cat, food, geography, postcard, travel. Bookmark the permalink.