Jellyfish have drifted along the ocean currants for millions of years, even before dinosaurs lived on the Earth.  Some big, some tiny, they are jewels of the ocean.  Jellies have no bones or brains, but they have tentacles below their body which have thousands of stinging cells to kill their prey.  They eat fish, shrimp, crabs and sometimes other jellyfish!  The Chinese have fished for jellyfish for over 1,700 years.  The jellies are considered a delicacy and are used in Chinese medicine. Jellyfish are also eaten in Japan and Korea. Some people say they are chewy like a rubber band, and lacks flavor. Sea turtles like the taste of them though, and eat them often.  Purrs, Gulliver 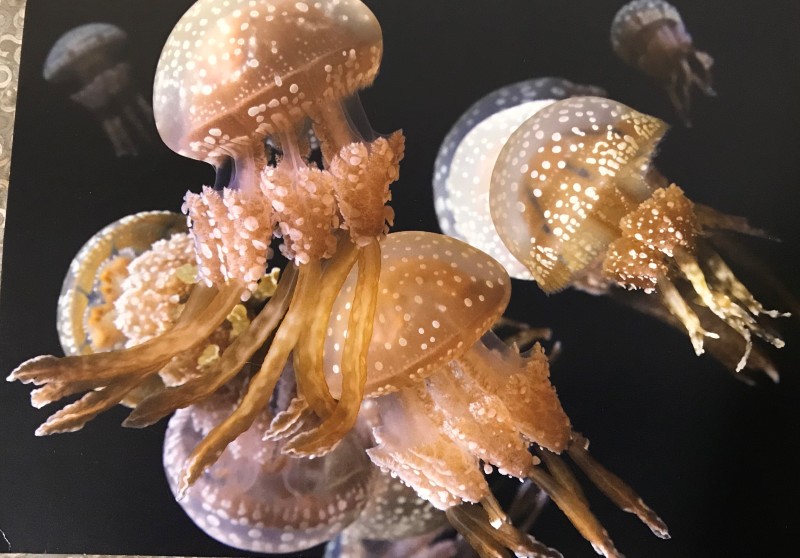 This entry was posted in Animals, plants and more! and tagged cat, Jellyfish, travel. Bookmark the permalink.